“Intervene Securities” burglar alarm, Newham • Here’s another iteration of Intervene’s elderly lightning flash – I’d be interested to know if it’s older or newer than yesterday’s. Thunderbolts suggest not only electric shocks (or in extremis the electric chair), but also retribution from on high, in the form of a bolt from the blue. So maybe this intervention will be divine… • Spotted: Abbey Lane, Newham, London, E15, England, 2006 • Politics: In the Labour constituency of West Ham 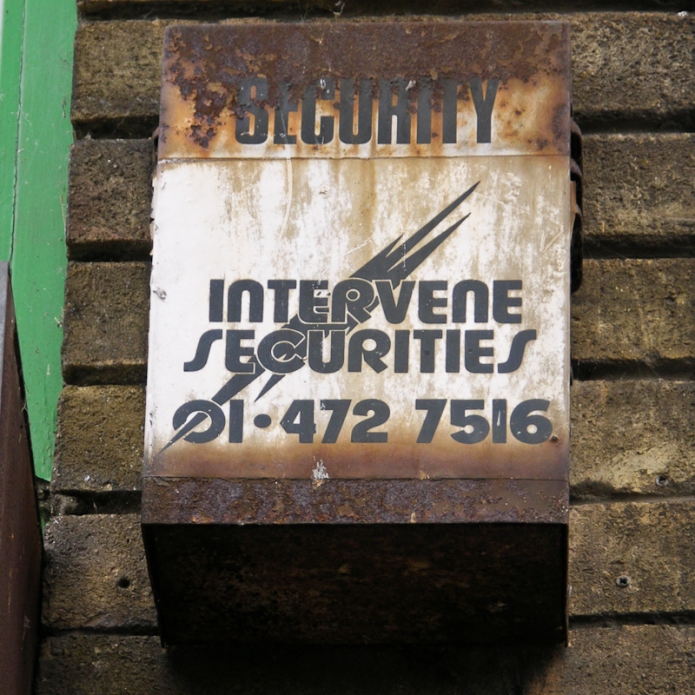