“Summa” burglar alarm, Aylesbury • There’s a learned Christian reference here, possibly unintentional: the Summa Theologica, aka the Summa, was a major religious tract by 13th-century philosopher Thomas Aquinas, hugely influential despite being unfinished. In it, he attempted to sum up all of Christian theology to that date, and present five infallible arguments for the existence of God. In broader terms, Summa could refer to a summary of anything; but the mountain-like triangle suggests it is meant in its Latin sense, “summit”. Unless it’s a weird masonic symbol representing the Holy Trinity, which I very much doubt. • Spotted: Cambridge Street, Aylesbury, Buckinghamshire, HP20, England, 2010 • Politics: In the Conservative constituency of Aylesbury 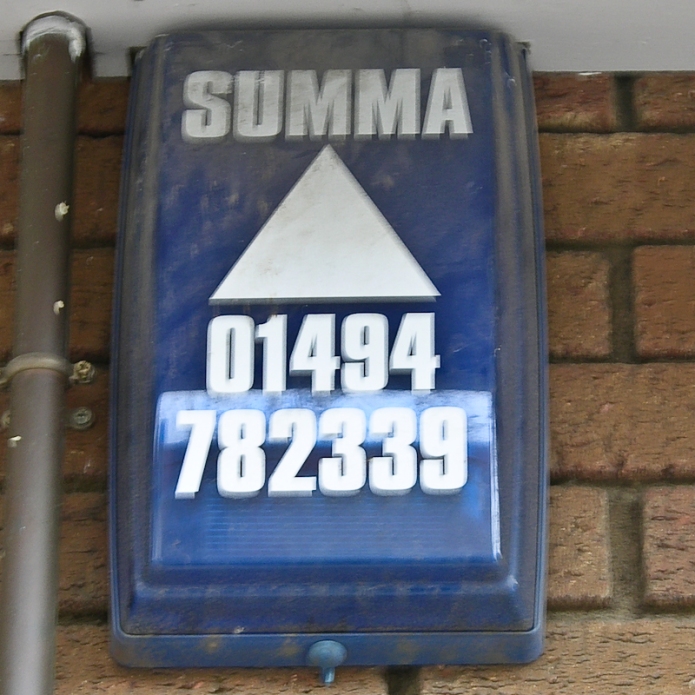