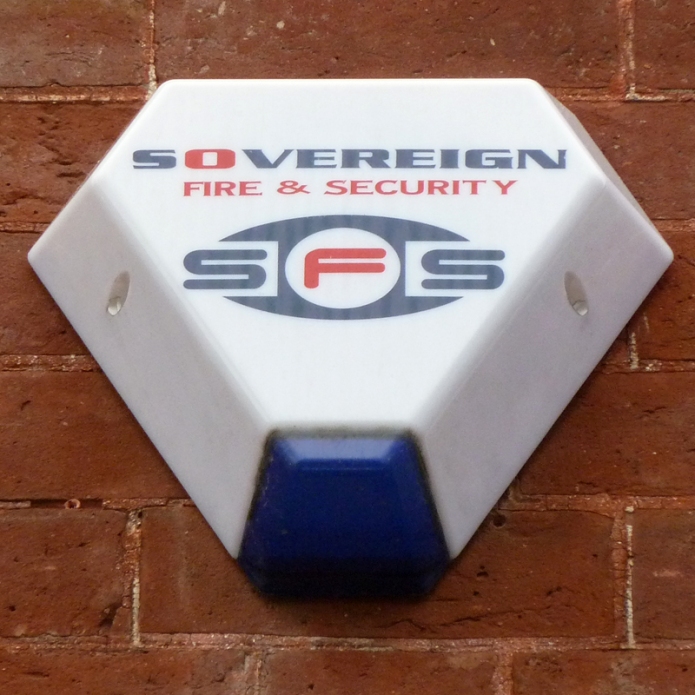 “Sovereign Fire & Security” burglar alarm, Bristol • A much more recent bell box from yesterday’s Sovereign Security, found in the appropriate surrounds of Queen Square. It’s similar to the “middle period” Sovereign I published many months ago here, except with an F instead of an S in the circle, and the addition of “Fire” to the name – a trend that seems to have been creeping in with other firms too. Rather tragically, I photographed this on New Years Day, which makes it my first-ever alarm from 2012. I really should have better things to do with my time. • Spotted: Queen Square, Bristol, Avon, BS1, England, 2012 • Politics: In the Liberal Democrat constituency of Bristol West