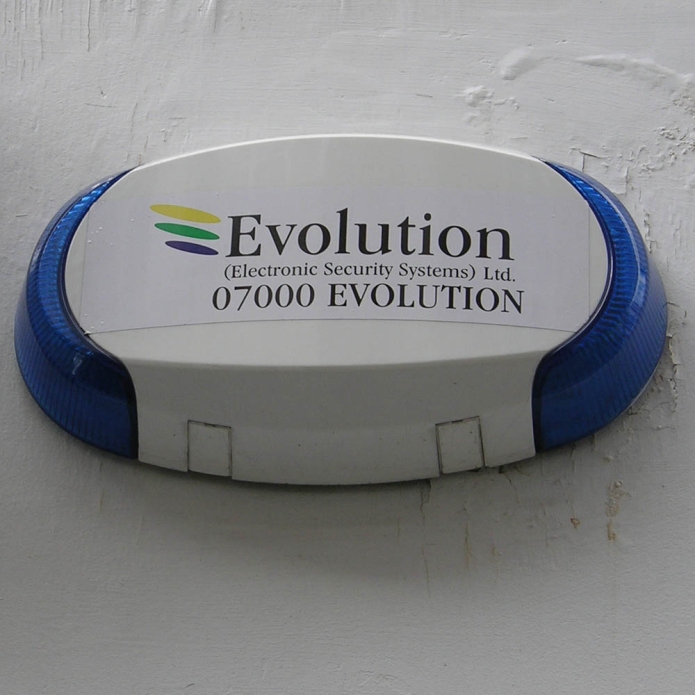 “Evolution (Electronic Security Systems) Ltd” burglar alarm, City of Westminster • I’m being pedantic here, but unlike yesterday’s alarm this isn’t quite an oval (or ellipse), because the ends are a bit squared off – so it may be a “squoval“, a stupid term for a squared-off oval which possibly exists only in the mind of a Wikipedia editor. Whatever, this Evolution box is the sole example of this particular design I’ve come across, so it’s definitely uncommon. The racy phone number, 07000 EVOLUTION, makes it sound like you can ring up and jump forward a gene pool or two – amazing to think that Darwin’s “dangerous idea” has now become so commonplace you can even find it on burglar alarms. • Spotted: Little Portland Street, City of Westminster, London, W1, England, 2010 • Politics: In the Conservative constituency of Cities of London and Westminster