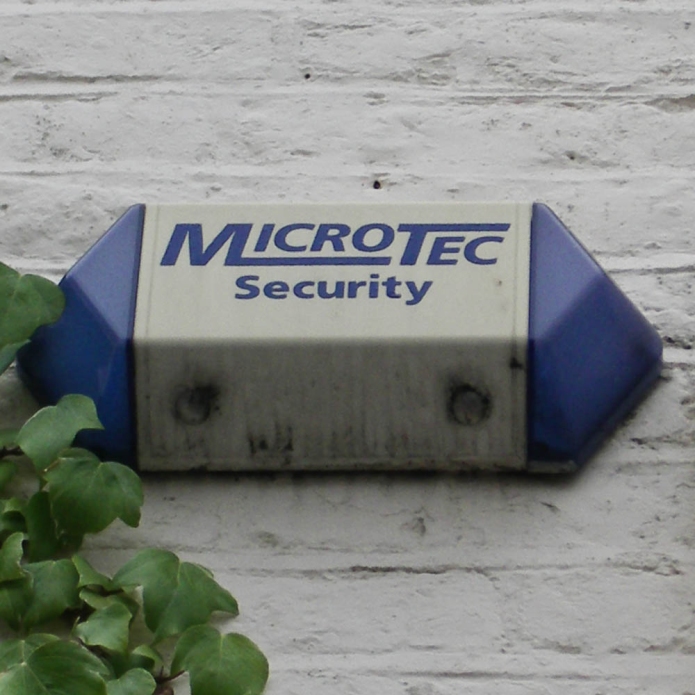 “Microtec Security” burglar alarm, Richmond upon Thames • This is quite a striking old pointy-sided sounder design which doesn’t crop up very often, though I also featured a vertical one here. I know that 20-year-old MicroTec Security still exists, and with much the same logo, because I was driving behind one of their vans in central London the other day – although they’re actually based in Farnborough, Hampshire. Their name also qualifies them for the recent “retrofuturism” category, due celebrating micro-ness and tec-ness. This is a triple whammy as it also uses computer-style “camel caps“, where a capital letter is used to break up two strung-together words. • Spotted: Barnes High Street, Richmond upon Thames, London, SW13, England, 2006 • Politics: In the Conservative constituency of Richmond Park