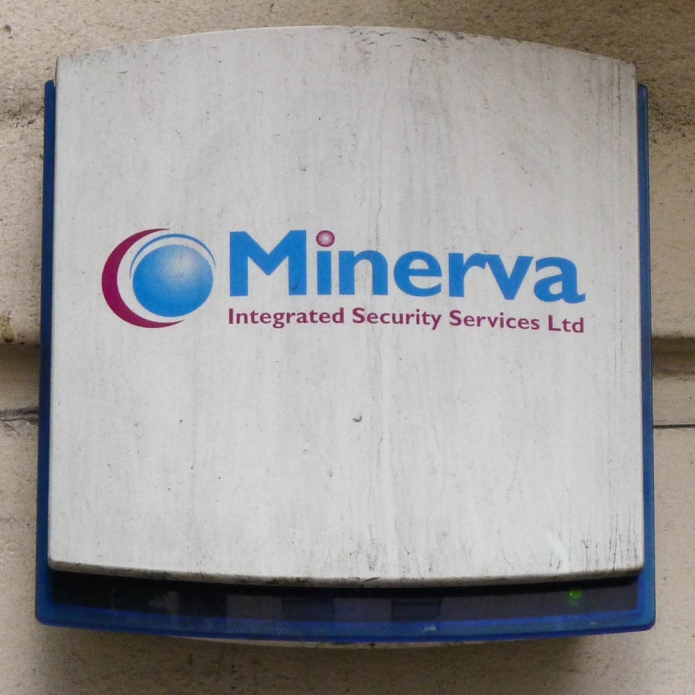 “Minerva Integrated Security Services Ltd” burglar alarm, Camden • This is a very recent square design, so tasteful it resembles a Bang & Olufson speaker. At one point I thought such squares were going to take over the entire burglar alarm world, which would have been a bit dull; but they seem to have had their day already, and while not exactly rare, aren’t a common sight either. I don’t know if this firm is any relation to the venerable AFA Minerva of old – presumably not, as their website says they were formed in 2005. I can’t work out what the jittery circular logo is meant to suggest, if anything – certainly not the Roman goddess the firm takes its name from. • Spotted: Great Russell Street, Camden, London, WC1, England, 2011 • Politics: In the Labour constituency of Holborn and St Pancras