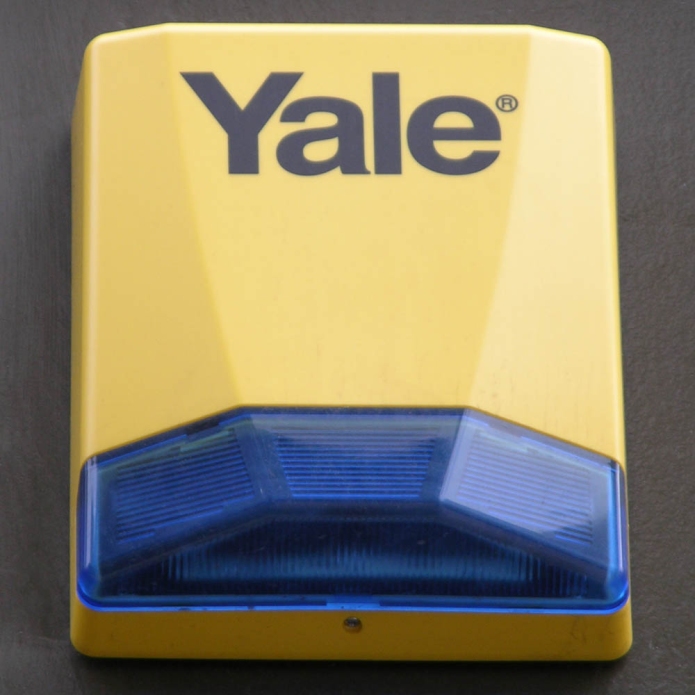 “Yale” burglar alarm, Tower Hamlets • Now come a few odd-shaped sounders for which I can’t find the correct geometrical terms (because there probably aren’t any). The hulking contraption above is the dummy box companion to Yale’s round sounder here – though as I commented there, if that is a gleaming Gouda, this is a mere humdrum wedge of Cheddar. • Spotted: Redchurch Street, Tower Hamlets, London, E2, England, 2006 • Politics: In the Labour constituency of Bethnal Green and Bow