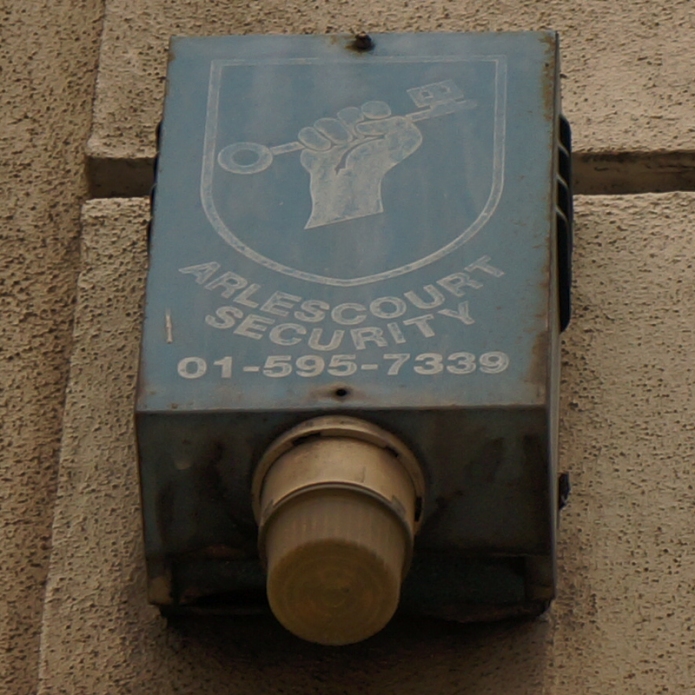 “Arlescourt Security” burglar alarm, Camden • Severed hands are a popular image on burglar alarms, and quite apart from reminding thieves what appendage they might lose under sharia law, it’s an ancient symbol with many connotations. The heraldic hand on this fine vintage sounder is grimly gripping a key in the manner of the Lady of the Lake brandishing Excalibur from her watery depths. It recalls the folkloric “Hand of Glory” – the dried and pickled mitt of a hanged felon, believed in medieval Europe to have the power to unlock any door it came across. There are grisly if contested examples in Whitby and Walsall museums, and a couple of mentions in Harry Potter. It’s all most appropriate for a firm whose name sounds like something straight out of Camelot. • Spotted: New Oxford Street, Camden, London, WC1, England, 2012 • Politics: In the Labour constituency of Holborn and St Pancras