“Scotshield Fire & Security Systems” burglar alarm, Glasgow • You’d never get a firm called Engshield, would you? Britshield, maybe. But there’s no doubt where this one’s from. In fact, it’s so patriotic it was found on the Rangers football stadium at Ibrox Park (see photo below). You know, the really famous Glasgow football club who went broke and are now relegated to the Irn-Bru Third Division – there’s a pic of the ground here. So who knows whether they’ll be able to maintain their security contract. • Spotted: Edmiston Drive, Ibrox, Glasgow, Lanarkshire, G51, Scotland, 2010 • Politics: In the Labour constituency of Glasgow South West 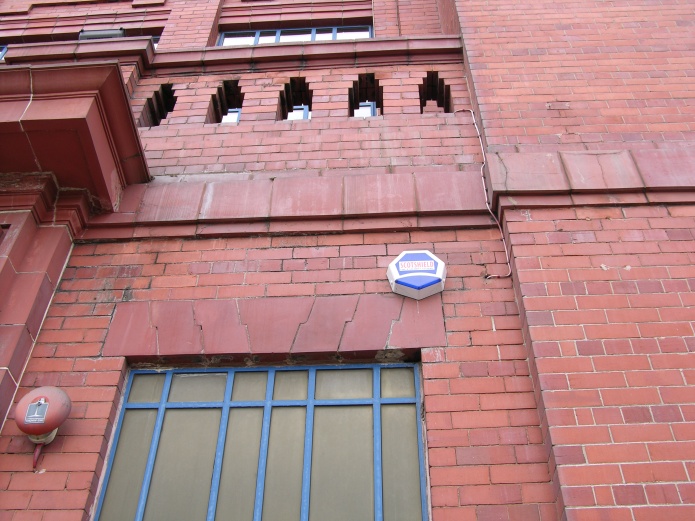