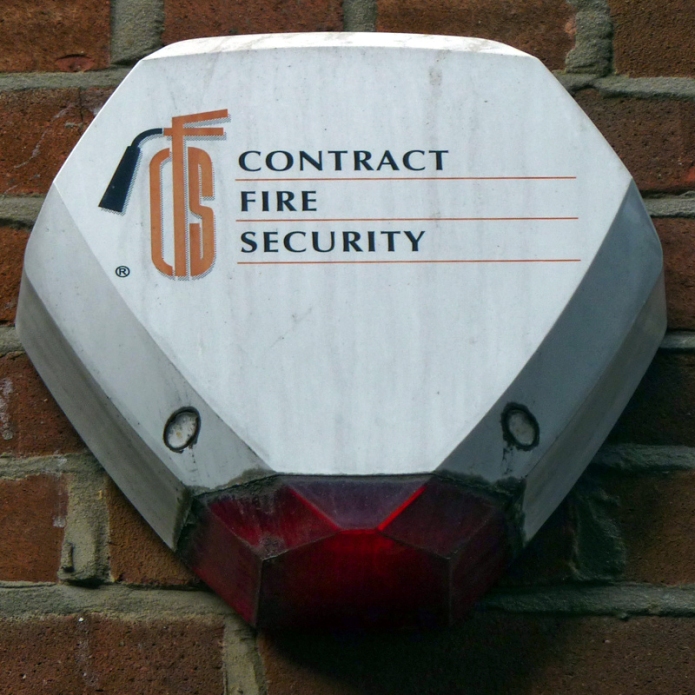 “Contract Fire Security” burglar alarm, City of Westminster • This is great – the letters CFS wrangled into a fire extinguisher monogram. I wish they’d made it bigger on the sounder, so I’ve put an enlargement below. I wonder if this is the same Contract Security I featured in the “Shooting” theme last week? It was certainly found in the same area, ie Fitzrovia. • Spotted: Newman Passage, City of Westminster, London, W1, England, 2012 • Politics: In the Conservative constituency of Cities of London and Westminster