“All Cooper Trust Is Everything” burglar alarm, Stroud • Philosophical! I don’t really understand the name “All Cooper”, though. • Spotted: London Road, Stroud, Gloucestershire, GL5, England, 2012 • Politics: In […]
All Cooper, Stroud, 2012

“Black Box” burglar alarm, Glasgow • Forgive me for this hideously blurred photo, it was about a mile in the distance. But it’s definitely a kind of diamond, as well […]
Black Box, Glasgow, 2010

"Orion Security Solutions" burglar alarm, Lambeth • Maybe this portrays a scene from deep within the Orion constellation – a planet in shadow, with some little moons floating in front of it, all in the infinite blackness of outer space (a fanciful theory somewhat quashed by the fact that Orion do the box in white as well). • Spotted: Beehive Place, Lambeth, London, SW9, England, 2012 • Politics: In the Labour constituency of Dulwich and West Norwood
Orion Security Solutions, Lambeth: infinite 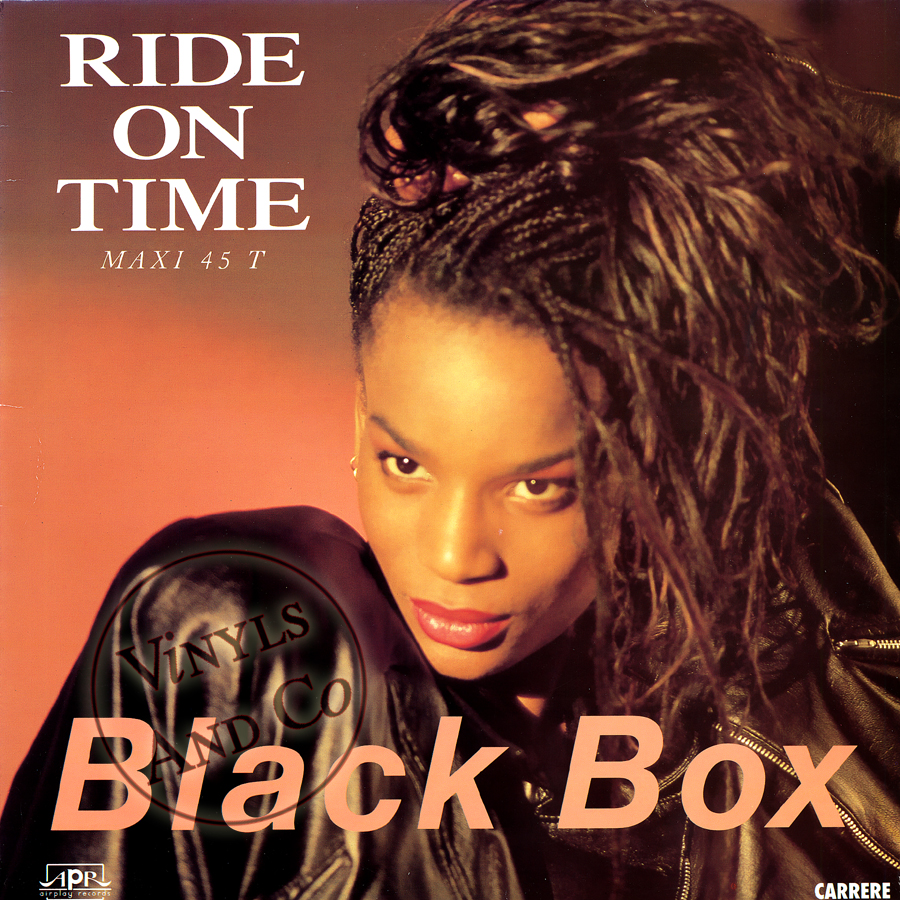 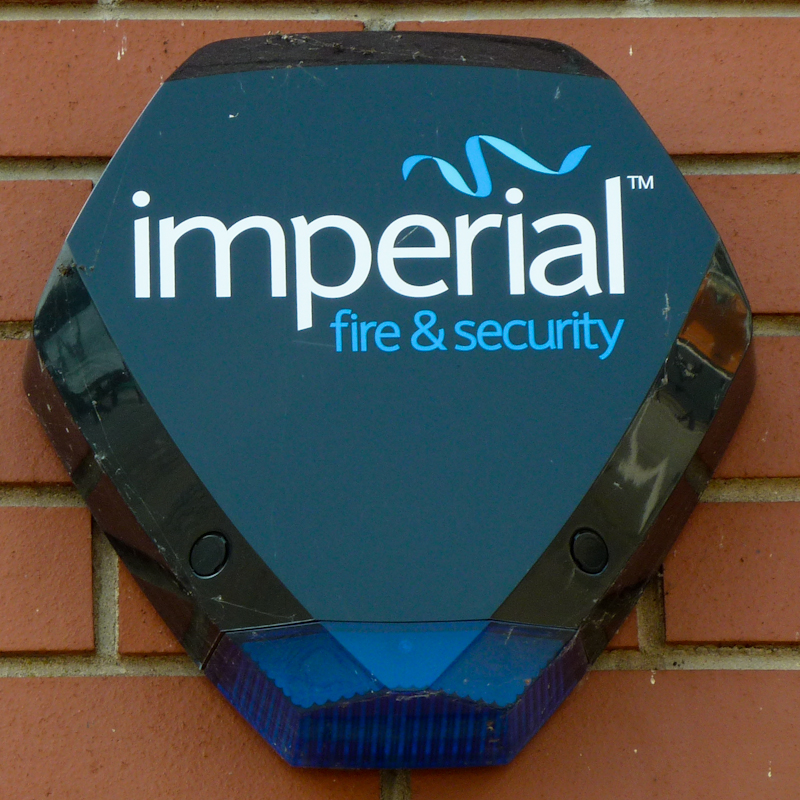 "Imperial Fire & Security" burglar alarm, Bristol • This is almost the same as yesterday's Imperial, but I include it because it's the first time I've come across a bell box in alternate colourways, and also black is quite unusual. Despite its corporate blandness this logo is obviously a professional design job, and was clearly thought through: the black sounder looks smart and groovy, but you'd want a white one on light-coloured walls (as long as it was cleaner than yesterday's example). • Spotted: Wapping Wharf, Bristol, Avon, BS1, England, 2011 • Politics: In the Liberal Democrat constituency of Bristol West
“Imperial Fire & Security”, Bristol: dark ruler

"The Rely-A-Bell Burlgar Alarm" burglar alarm, Southwark • Ah, a trusty Rely-A-Bell, which really were reliable, as there are loads of these well-preserved oldsters around (I've done a Flickr gallery of other people's London Rely-A-Bell finds here). Brilliantly, it was above a very aptly named shop: Bella News near Tower Bridge, shown below, which must post-date the alarm. Like yesterday's Granley, this one hails from BIShopsgate, but with a different phone number of 1955 – I wonder if that stands for the year? And if so, I bet they didn't imagine it would still be around to see in futuristic 2012! • Spotted: Tower Bridge Road, Southwark, London, SE1, England, 2011 • Politics: In the Liberal Democrat constituency of Bermondsey and Old Southwark 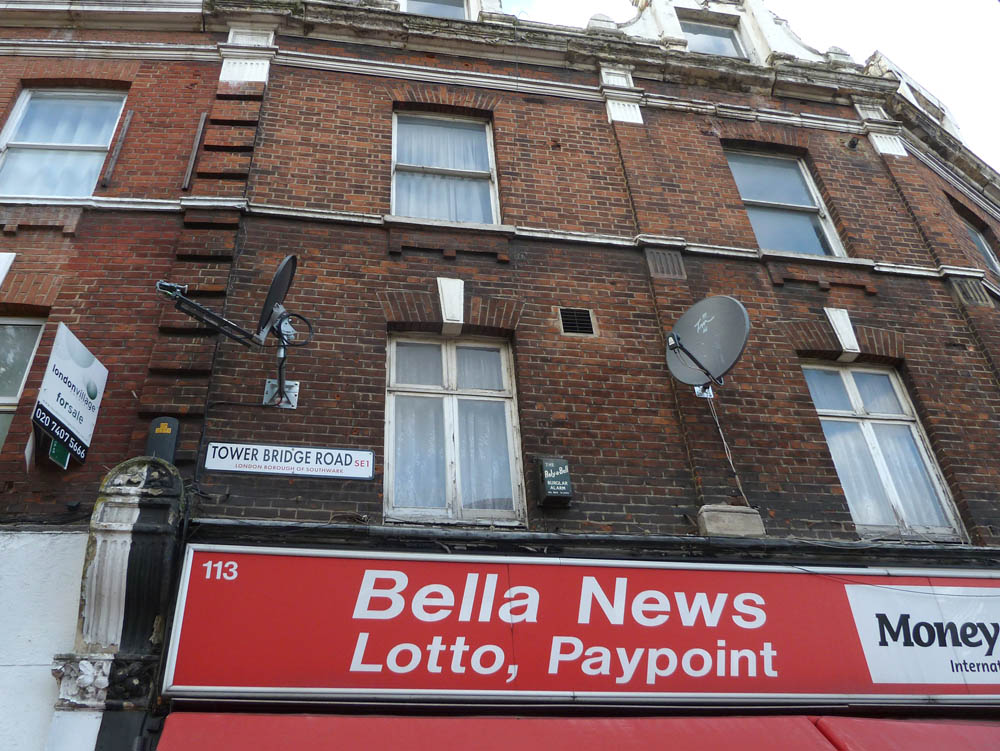 Burglar alarm colours: black • Despite their smart and sinister appearance, black alarms are rare, so I’ve cheated a bit here. The Rely-a-Bell and Granley boxes probably started out as blue – but they’re so ancient they’ve faded to an indeterminate monochrome. A few more here are blackened by rust, while another is simply black plastic innards. As for the Homeguard alarm, it’s been carefully painted black to match some proud homeowner’s Tudorbethan gables. So apart from The Alarm Company’s newish matt-black effort, which appears to be channeling the logo of a 1970s mobile disco, and the aptly-named Squire, which was found on a half-timbered clothes shop, this is a rather sorry and ageing crew. • Below: a motley selection of alarms passing for black 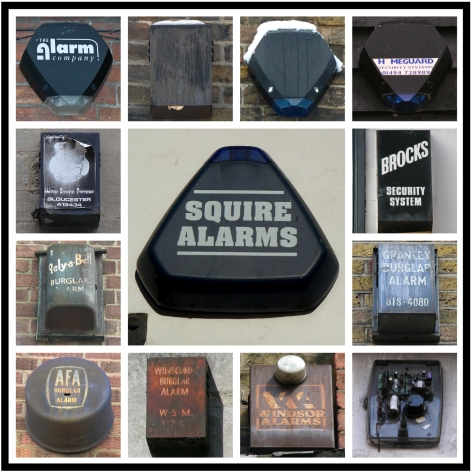 "Warren Bannister Partnership Gloucester" burglar alarm, Cirencester, 2007 • Printed on what appears to be a photocopy, this label is peeling from an elderly alarm in the West Country, where life moves slowly. Thus, rather than snarling, this decaying bulldog has an expression of quizzical disapproval; he looks less likely to take anti-burglar action than to harrumph and go back to reading his Daily Telegraph (or maybe it's a she: add a hairnet and you've got a dead ringer for Ena Sharples). Design-wise, it's a rare example of a black alarm, and features enjoyably retro 1970s disco typography. Closer inspection shows that the doughty mastiff has the initials WBP emblazoned on his collar. It's meant to honour his ambiguously-named organisation, the Warren Bannister Partnership (one person? Two? A spy ring perhaps?) – but it's also just a slip of the tongue away from the acronym for waste paper basket. Which is where this old dog looks like he's heading next. • Spotted: Town centre, Cirencester, Gloucestershire, GL7, England, 2007 • Politics: In the Conservative constituency of Cotswolds

"Allotrope of Pyrolysis", 2010, by Nathan Barlex • My first alarm is in a category all of its own: an art alarm. It's a sculpture by recent RCA graduate Nathan Barlex, which I came across at this year's Bloomberg New Contemporaries (an influential yearly show of up-and-coming artists). Most of his current work is painting, but he also uses appropriated materials, though whether his name – which bears an uncanny resemblance to Charlie Brooker's hopeless Hoxton hipster Nathan Barley – is also appropriated, I have no idea. Speaking to Lydia Corry in Artvehicle 47, Barlex echoed my own thoughts on burglar alarms (though slightly more apocalyptically): "The alarm box is a ubiquitous object – it is everywhere. Alarm boxes have formed into a mini-culture of their own with a set of signifiers. There’s what’s printed on them; sometimes it can be an image of a dangerous animal, or a word like ‘thorn’. The shapes vary but they often use fearful geometric symmetry to imply an unnatural or even super-power. The icing on the cake is that many alarm boxes are just decoys, an empty promise filled with paranoia. They are the dubious uncle to the already malignant CCTV camera." You can see his work at New Contemporaries at the ICA, London till Jan 23 2011, or visit the artist's own Nathan Barlex website, where there's another burglar alarm dipped in sand. • Spotted: Bloomberg New Contemporaries, A Foundation, Greenland Street, Liverpool L1, England, 2010 • Details: alarm box, spray paint, crushed charcoal, approx 30 x 30 x 10cm 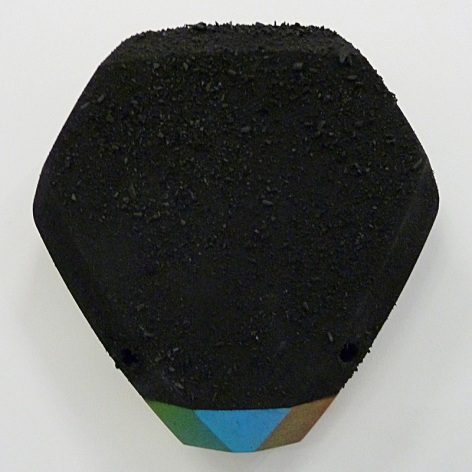