"Interceptor Intruder Alarm System" burglar alarm, Dorking • Dunno what the white shark's fin signifies, but it's a triangle (scalene, don't you know), so finally provides an excuse to feature this quintessentially 1970s-looking design. In my fevered imagination, the whizzy graphics conjure up images of the local rich folk buzzing around in groovy Jensen Interceptor cars, though it's probably more about intercepting Johnny Burglar. Have patience, I've been writing about triangles for weeks now, and it's starting to get to me. • Spotted: Town centre, Dorking, Surrey, RH4, England, 2008 • Politics: In the Conservative constituency of Mole Valley
Interceptor, Dorking: groovy 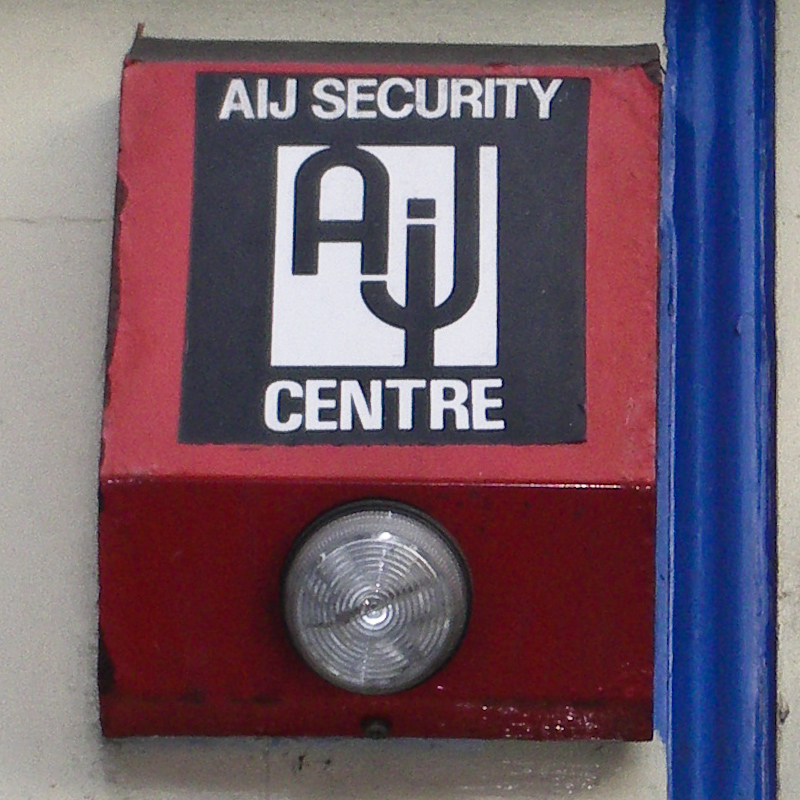 "AIJ Security Centre" burglar alarm, Dorking • The designer's had great fun drawing up an AIJ monogram in the form of some groovy etiolated pipework - but what on earth does it stand for? • Spotted: Town centre, Dorking, Surrey, RH4, England, 2006 • Politics: In the Conservative constituency of Mole Valley
“AIJ Security Centre”, Dorking: pipework

"Bastion Protec Systems" burglar alarm, Dorking • One of the very few "defensible space" sounders without an image on it, the name Bastion helpfully sums up all the alarms in this section. A bastion is literally a pointy bit of fortification that pokes out from castles and the like, but figuratively means a stronghold of some kind. As it happens I really like this logo: 1970s disco it may be, but it's sensitively designed in classic style, and looks like it was done by a professional. • Spotted: Town centre, Dorking, Surrey, RH4, England, 2006 • Politics: In the Conservative constituency of Mole Valley
“Bastion Protec Systems”, Dorking: defensible space

"ASS Security Systems" burglar alarm, Dorking • Ass. What can I say? This is even stupider than Ape. There are really no good connotations to this: it either suggests a beast of burden, a silly fool, or some American buttocks. Also, is it actually meant to read as "Ass Security Systems", or is the logo some infinitely looping attempt to represent "A Security Systems" – or even "AASS Security Systems"? And if so, what does the big A stand for? Ass? Good grief. There's a picture of one below. • Spotted: Town centre, Dorking, Surrey, RH4, England, 2006 • Politics: In the Conservative constituency of Mole Valley 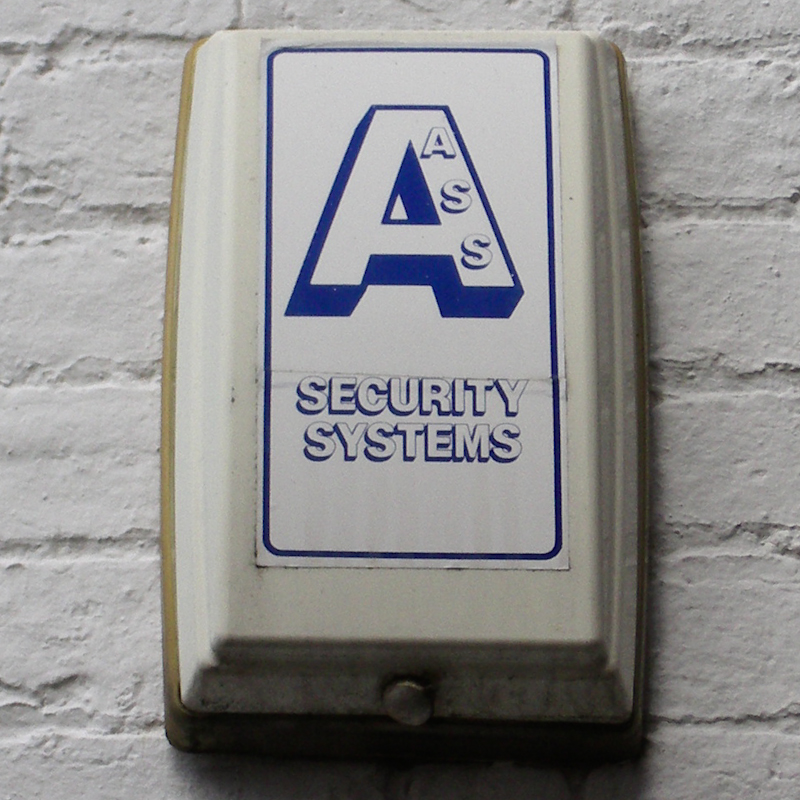 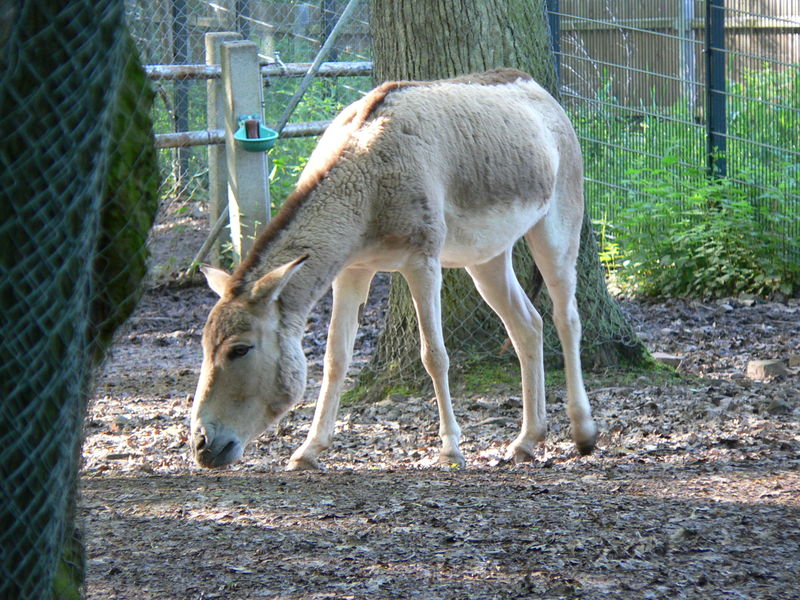 "Peter Weare Ltd" burglar alarm, Dorking • This is the most wordy alarm in my collection, stopping just short of giving the engineer's shoe size. Slotted within the essay is a key, and even that contains verbiage, with a "W" decorating the handle. The key itself is of the grand medieval type associated with castles and cathedrals – in poignant contrast to its distinctly humdrum place of origin, the unlovely post-war "new town" of Crawley. That's not to say Crawley is without interest: there's someone posting as ~notes and also *notes on Flickr who takes fascinating architectural photos of the area, including old burglar alarms such as Protectall. • Spotted: Town centre, Dorking, Surrey, RH4, England, 2008 • Politics: In the Conservative constituency of Mole Valley

"SDT Securities" burglar alarm, Dorking • Another alarm featuring a literal depiction of a key, this time with an awkward unexplained acronym squeezed in. I like the way the screw caps are popping off and casting their own little shadows – they look like tiny alien eyes. I featured a wide-angle shot of this device in the "Beautiful Decay" category – it's on a wire-swathed wall that's even more olde worlde than the alarm. But that's Dorking for you. • Spotted: Town centre, Dorking, Surrey, RH4, England, 2008 • Politics: In the Conservative constituency of Mole Valley

"SDT Securities" burglar alarm, Dorking • Another old Surrey wall, this time from the town of Dorking, an attractive place despite its dorky name and supposed boringness. The wall is festooned with cut-off wires and bird poo, and the alarm's logo features the old-skool device of a key – very passé these days. • Spotted: Town centre, Dorking, Surrey, RH4, England, 2008 • Politics: In the Conservative constituency of Mole Valley